On August 29th, the co-founder of P.F. Onings BV (Onings Holland Flowerbulbs) Mr. Piet Onings sr. passed away. Together with his brother Henk (who passed away in 2003), he was one of the second generation of the Onings family that were active in the company.

Piet was the eldest of 13 children. After serving his country in the Dutch-Indies, he continued the trade of bulbs, tubers and seeds that his father had started in the 1930’s. This was the foundation of the company that we know today. From the 1960’s the company started importing lily bulbs from Japan and continued to grow towards its current status. Piet retired in the early 1990’s when the next generation took over the company. He even witnessed the fourth generation joining the company.

After his retirement Piet continued to engage with the company and with bulbs. Growing flowers in his garden, making bulb boxes, bringing, or picking up someone from the airport and giving away boxes of Mandarins to the suppliers. Shortly before his passing, he still visited the company frequently for a talk, but not too long, because work has to be done.

Piet passed away at the beautiful age of 96 years. He is survived by his wife Jeanne, 6 children, 15 grandchildren, 12 great-grandchildren and a wonderful company. 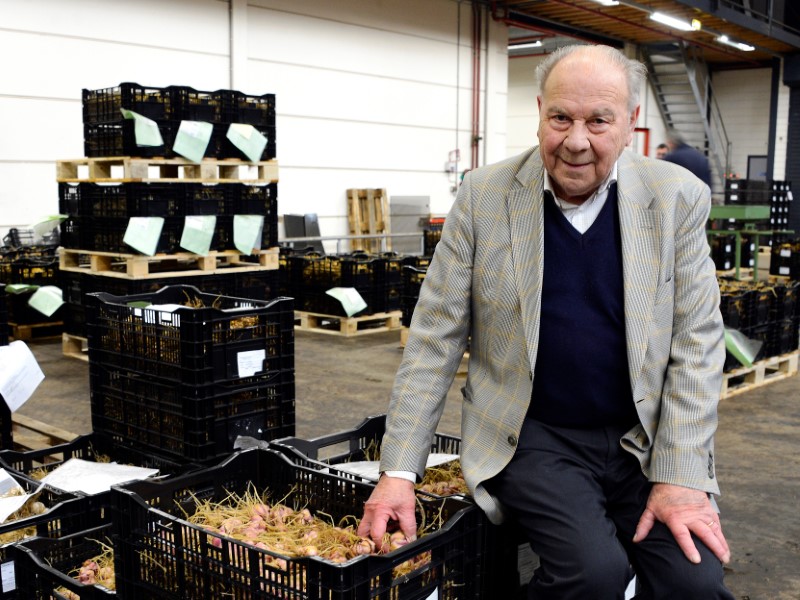